The Endless Derp of Character Generators 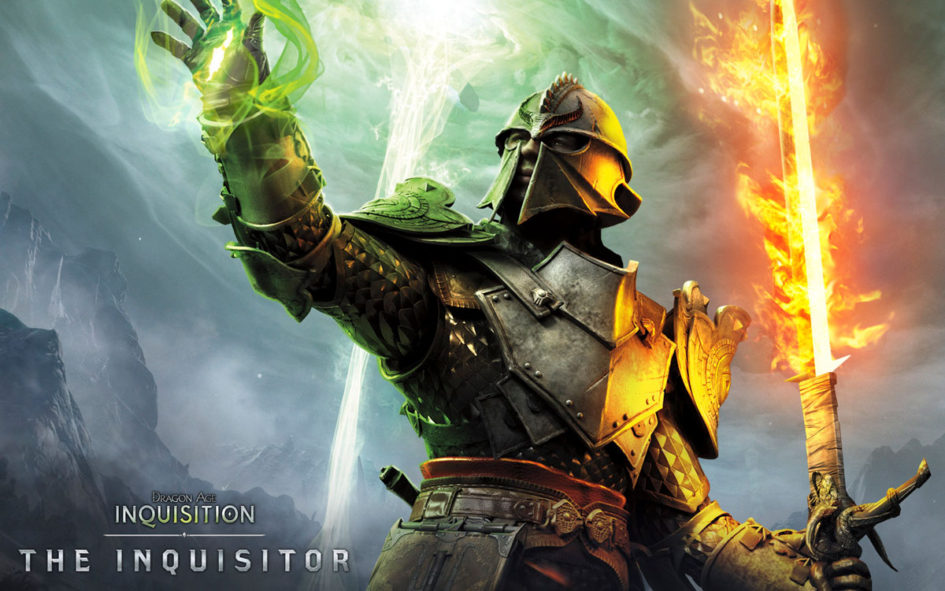 I’m not sure if I’m the only one ending up with a derpy faced character the first time I play basically any of BioWare’s games and use the character generators, from Mass Effect and forward.

The characters look great, in all their inanimate glory, but as soon as they start to talk you realise you’ll be staring up the nostrils of your Shepard or looking at a Hawke with a nose like a blunt knife edge, or even worse, the barely-out-of-her-teens chipmunk cheeked Inquisitor that even I can’t take seriously, and I’m the one who made her!

So far my ratio overall is a 4/1 derpy face, meaning that I take about four tries to get one face that I can live with for 40+ hours of gaming. It’s all very scientific. I note the basic face I start with. If that’s good, I look at the nose and the eyes. If they work, I continue with the mouth, neck width (trust me, on a Shepard this is VERY important or she looks like she’s trying to become a swan. Unsuccessfully.), and last but not least makeup. It never looks the same way in the generator as it does in the game. 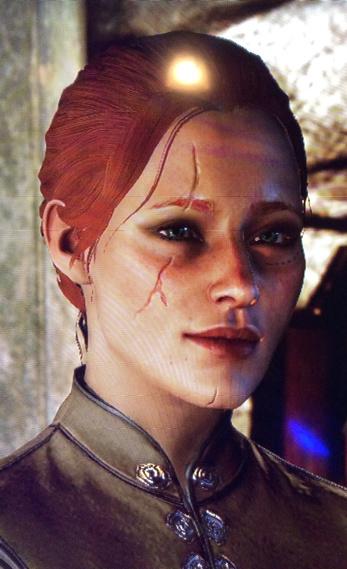 A not so derpy inquisitor. It happens. A bad screenshot though. I blame Xbox One.

If I’m lucky, I get a “recipe” I can follow (for Hawke and Shepard, the recipe is “make her look like Gillian Anderson and you won’t have to stare up her nostrils a whole game”), but it also means that most of my characters look very much the same. Anything to avoid the derp though.

At one point (after having restarted for the fourth time) I thought “to hell with it. It’s only a derpy mouth, a minor derpy expression. As long as she’s silent, all is well” and played for about five hours before the innocent, chipmunk, bucktooth, rabbit like Inquisitor went into the trash can. Now I’m happy I did trash it, because the next inquisitor became absolutely beautiful, almost too pretty.

The trick, as I see it, is to keep the eyes smaller than you’d like, never trust the colouring of makeup and skin tone, have a longer distance between chin and mouth than you’d like and under no circumstances whatsoever make the mouth wide. Wide mouths equals frogs. Ribbit. But the best thing you can do is to breathe deeply, put on your hat of infinite patience and redo until you’re satisfied.

Just as falling in love with some or all of the love interests in a BioWare game is part of the gaming experience, so is the ever present time sink of starting and restarting the game due to a less than lovable face on my characters. Mass Effect managed to mitigate it using codes, Dragon Age II by the mirror in the Black Emporium add on, but Inquisition is a trap.

I spent hours and hours getting the right inquisitor on screen, only to discover she looked like a bunny when she spoke. At the same time it wouldn’t be a BioWare game without the endless derpy faces generated by a too perky nose or too thin lipped mouth. The “I’m a lucky man”, and “by the Maker but you’re beautiful” comments (strictly hetero here, sorry) ring slightly false when the person receiving them looks like a chipmunk with a bad hair day. Of course that could potentially be exactly what my love interest was looking for, you never know.

The character generator will at least let you start over with a better idea of what you really want the next time but boy I wish there was an option to import the face of a previous character, or that there were face codes. Or hey, a test room where you could try out some facial animations just to make sure you don’t end up – once again – with the derpiest hero in the galaxy.