Provocation and other fuckery 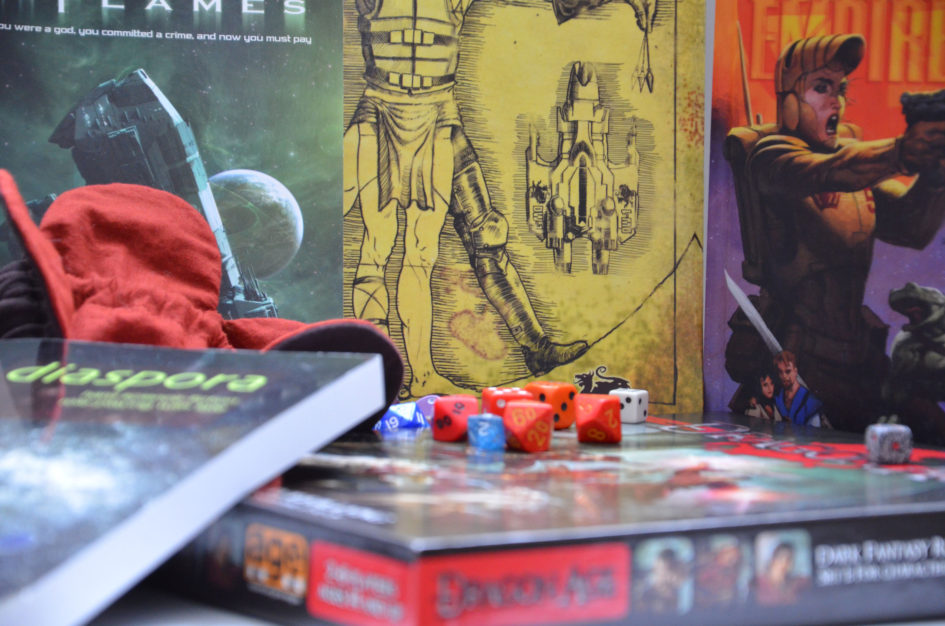 EDIT Some HTML notation messed the quotes from “Fuck for Satan” up. I’ve now fixed that.

First of all, this is the first blog post I write with my Livescribe 3 pen. So far, the experience has been sort of mind blowing. Secondly, this blog post is all about provocation, and the need for some
RPG authors to create works that seem “edgy” and “controversial”, but only succeed in repeating the same old tropes, over and over.

Seriously, though. This pen is freaking me out!

I wanted to start with Lamentations of the Flame Princess, simply because James Edward Raggi IV wrote an adventure I had the misfortune of being interested in. It has a skull exploding from flames on it. It has to be a good adventure. It’s called “Fuck for Satan” and apparently it’s printed in 666 copies. It’s all very symbolic. It’s also about a walking penis, and we all know how they are, don’t we?

Frankly, the walking penis might be a good metaphor for this blog post, because after all, so many men think they have to act like walking penises to properly fit into gaming culture, don’t they? I think Raggi does an excellent job of illustrating this in his author’s notes. You know, the paragraph about “stamping down on imagination and creativity.” I’ll quote it for easy reference.

There’s also a disturbing trend in gaming that some people are trying to stamp down on imagination and creativity by trying to position the fictional depiction of real-life bad things as somehow indicating support for those bad things or even being a lesser form of the actual crime depicted! (…)

I admit I fear if nobody puts his foot down andd takes the time to produce material to terrorize these people, they’ll win and it’ll be that much harder for more serious work with this sort of content to get done.

Among other things, Raggi says that “considerate and respectable” is nice to be around, but they’re not qualities present in make-believe that blows minds and melts brains. I am, as you may have suspected, inclined to disagree. I think the truly creative can be both considerate and mind-blowing. Why? Because if you are considerate, you’ll have to take a step outside of the walking penis-mentality and wrap your head around how other people experience things. I mean non-white, non-male, non-heterosexual.

We have so many examples of the walking penis. We have 40 years of walking penises. We have 40 years of role-playing games that are sexist, racist and generally insensitive. In other words, all those qualities representing the “assholes.” Well. what I assume is representing the assholes. I can’t be sure. There was no clear definition of “asshole”.

The creative limitations that Raggs talks about in his author’s notes don’t exist. They don’t exist, because most of the people criticising the contents of games that embody the walking penis metaphor are not asking the penises to quit writing what they’re writing. They’re asking for more to choose from. A broader range of experiences. Also known as diversity. Not something the gaming community, role-playing or otherwise, is known for.

But it’s not just “Fuck for Satan” (great title by the way, extraordinary!) that tries to be edgy and provocative. There are tons of them out there. I’ve read about 680 role-playing games. The games that are inconsiderate are in a vast majority. I realise that these books in no way represent all role-playing games, of course they don’t. But they represent about 680 of them.

Usually the walking penis books are easy to recognise. They use a language that often belittles the reader because, hey! That’s edgy! They also use sexism or racism as a staple, or they rely heavily on stereotypes. Luckily, the extreme excursions into the land of insulting the reader are rare, it’s more common to find offhand sexism or racism, stuff that probably wasn’t intentional. Usually the books that are sort of offhandish sexist or racist, like for instance some supplements to Lamentations of the Flame Princess (or for that matter just about any other RPG book), have other virtues or points that make the games worth reading anyway. Apocalypse World certainly rubs me the wrong way language wise, but it is still a solid rules system.

LotFP is usually absurd and sadist and quirky enough for me to ignore the tendencies towards walking penisdom that do occur in some of the books. Orx is another system that pisses me off when I read it. It’s tired and it gets old fast to be talked down to by a book. I realise I should probably quote passages from these RPG s in order to show what it is that doesn’t sit right with me, but truth be told it is often a general feeling, an overarching effect of reading a complete text.

Orx is a humorous game, a poke in the eye at tradition and establishment – after all, what better race to poke their betters in the eye than the ores? As such, the text is written with a rather fist-in-cheek sense of humor…get used to it.
– Raven Daegmorgan, Orx – Nasty, Brutish and Short

What the above usually means is something along the lines of “I’m not a racist/ sexist, but…” In this instance, there’ll be edgy walking penis humor ahead. Beware. It should probably also be noted that I don’t find the books that I’ve brought up so far very provocative. It’s not edgy either. The reason for this is of course that the language and the tropes used are so common that they hardly make people bat an eyelid. The gaming culture has until very recently belonged to the walking penises. All the power fantasies in the world are geared towards the walking penises. How in the world can that be edgy or provocative? It is just business as usual.

Meaning, that apart from having my mind blown by Livescribe 3, I’m not even remotely provoked. Perhaps it is an effect of meeting this language not only when reading the books, but also in everyday conversations at conventions, at work, at other gaming contexts. The constant belittling that happens in the presence of a walking penis. The only thing I really am, is tired.

TL;DR – No one is stopping anyone from writing what they want. Go ahead, be a walking penis. You’ll have lots of company. But don’t for one minute think that those of us who want something different won’t criticise choices you make and words you write. We will also proceed to write considerate stories that are mind blowing. Sort of like the Livescribe 3 pen.