When one story is the only story 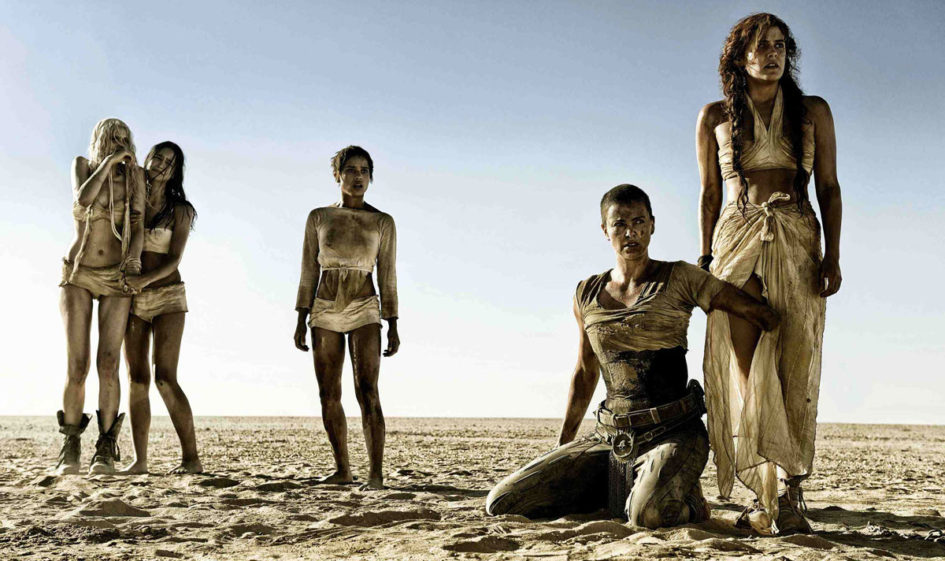 This blog post contains minor spoilers for the game Mad Max
A long time ago, when I was younger or at least much more naïve, I wrote a thinkpiece called something like “women have stories too“. By no scheming or any machinations of my own it ended up on Gamasutra, long before the Sarkeesian revolution. It was, in the words of Thane Krios, immediately “beset by wickedness and contention”.

The audacity to, as a woman, write a thinkpiece where the main topic was the stories never told about women was apparently a great opportunity to read with bad intentions, and to dismiss the fact that women do, indeed, have stories of their own. It was the last piece I wrote that ended up on Gamasutra. I had no further desire to be picked apart by my peers.

I’m assuming that a similar text today would be better received. The excellent videos of Anita Sarkeesian have paved the way for a more nuanced discussion 1. I’m sure however that the nitpickers are still around to reduce any text to a word for word interpretation to suit their needs.

The reason I lead with this story about my experiences with Gamasutra is because I’ve had recent experiences that are quite similar at a Swedish RPG forum, although in that specific instance I was not so much picked apart as ignored. 2 As previous experience has taught me, this is often the case when discussing women’s stories. We either get ignored, picked apart or told that we already have examples of women in games. Lara Croft is both a gift and a curse. So is Bayonetta. As soon as there is ONE story of a woman in a game, that is apparently enough, according to some. That’s the point where we should stop asking for more. I’m going to tell you why one story is never enough.

For me, this lack of influence or voice is a direct result of who is telling the stories. An article in a Swedish newspaper talks a bit about this, about the fact that the stories in RPGs are almost exclusively the stories of men. The same thing goes for the digital games we play. We rarely 3 play stories about and with women. If we do, they’re sort of adapted Hero’s Journey type things that tend to star a woman instead of a man. We are just SO used to telling game stories as heroic, episodic and removed from the every day, that we do it even when we talk about women. Those few instances when we talk about women.

There’s no women’s take on Call of Duty or Battlefield. The chance of seeing Mad Max: Fury Road in a digital game is almost nil. Minor spoiler for the game Mad Max follows For those who remember, the game didn’t do the women any justice either. Four women have names in that game, three of them are dead by the end of the game. There are no variations, with the slight exception of Pink Eye. There are only stereotypes.
Now you can read again, no more spoilers

Even the story of Furiosa and the Wives was corrupted by the addition of a comic book which completely robbed Furiosa and the Wives for their hard earned heroism and independence. I also think the story behind that independence is important. They were not setting out to become heroes. They set out to win their freedom. To become people. To become human.

For now, we’re stuck with the stories of men. Although, yes, it’s changing, but slowly, slowly. What we have at this point, are stories about stereotypes. About horny barmaids, prostitutes, vain, stupid women who are either rewards or the Great Evil that must be fought in order to regain balance in the world. We have very few stories of active women, in control of their own lives. People. As the author, Petter Larsson writes in his article in Aftonbladet – Rollspelen var inte så mycket en ungdomskultur eller en folkrörelse, som ungmanskultur och en mansrörelse (translated: Role-playing games were not as much a youth culture and pop culture as it was a young man’s culture and a man’s movement)

Another article I read recently at Geek and Sundry stated that role-players have more empathy than non-gamers. The act of actually putting yourself in another person’s shoes, walking a mile as someone else will apparently do that to you.

This “confirm[s] the hypothesis that fantasy role-players report experiencing higher levels of empathic involvement with others,” the abstract says.

I couldn’t afford buying the paper, because scientific journals have a ridiculously high per article price, but I have to ask myself if we have a limited amount of stories to be empathetic with, will that really change anything? If we can’t see women as anything else than stereotypes, can we really change the world? This is why multiple stories, facets, a bucketful of experiences is so important. Chimamanda Ngozi Adichie speaks of the danger of one single story, what it does to us.

I’m slightly apprehensive about borrowing Adichie’s words for this text. After all, what she talks about is so much more important than table-top RPGs, but her words are very wise, and they should be spread. I would also recommend watching the whole 20 minute video, as it is exceptional in clarity and perception.

If anything, Chimamanda Ngozi Adichie is a storyteller. You should read her books, they’re excellent. Back to the point.

Now, I loved those American and British books I read. They stirred my imagination. They opened up new worlds for me. But the unintended consequence was that I did not know that people like me could exist in literature. So what the discovery of African writers did for me was this: It saved me from having a single story of what books are.

I can’t say I’ve had a similar experience within role-playing games. We are still so far away from having our own stories in these games, that the unintended consequence that Adichie speaks about – that we do not, can not exist in these games – is still prevalent. We still make games about other experiences than our own, because that’s what we’re taught. And yes, I know, it’s changing.

But as Adichie also points out, stories are about power. Who has the power to tell a story? Who is given the tools, who is given a voice? As I’ve told previously, a lot of my experience with wanting to tell other stories, wanting to know that there are other ways to experience games, are often met with derision and nitpicking. Contempt sometimes. Sometimes I’m ignored. This is because traditionally, I have no power in this culture. I have little power in this male youth culture that both role-playing games and digital games are. My need to be represented should be satisfied with Bayonetta or Lara Croft, never mind that these games have different ways to play them, never mind that the stories may not be what I want to experience, or that they won’t empower me. Is there one story? Well, then, that’s enough! Problem solved. This often comes from those around me who have never had to choose and choose carefully what to play. They have never had to watch themselves, their stories, be something that is disempowering and disappointing. In short, they’ve never had to watch themselves be reduced to a stereotype and only a stereotype.

Adichie says it so well. This is what it’s all about.

So that is how to create a single story, show a people as one thing, as only one thing, over and over again, and that is what they become. It is impossible to talk about the single story without talking about power. There is a word, an Igbo word, that I think about whenever I think about the power structures of the world, and it is “nkali.” It’s a noun that loosely translates to “to be greater than another.” Like our economic and political worlds, stories too are defined by the principle of nkali: How they are told, who tells them, when they’re told, how many stories are told, are really dependent on power. Power is the ability not just to tell the story of another person, but to make it the definitive story of that person.

In this world of games and storytelling, consider who has the power. Consider why only 20% of all people employed in the Swedish gaming industry are women. Consider how many people who make table-top role-playing games are women, and try to understand why that is.

Use the empathy that us role-players are supposedly gifted with. Walk a mile in a woman’s shoes, and not just a cut out of a woman, a real woman. Look at Mad Max Fury Road and understand that sometimes the only thing that we as women want is freedom, the right to our own bodies and to be treated as human beings. These things are worthy of stories.

Footnotes
1 With the exception of GamerGate, of course. Which is a pretty big exception, but I’m not sure the interactions with GamerGate can in any way be referred to as a discussion. It’s more like standing somewhere windy while people shout and talk at you. Loudly. And when you want to leave because it’s windy, and frankly it’s no fun standing around outside where it’s cold being shouted at and invariably insulted, you get accused of censorship.
2 I also noted with some amusement that many of the threads I participated in were locked shortly after I had my say. Not because of what I said, but for other reasons. I should not butt in, as they say.
3 This is slowly, slowly changing