Abject
1. (of something bad) experienced or present to the maximum degree.

In Mass Effect 3: Omega, there’s an enemy that tries very hard to live up to the previous success of the Banshee, but the Adjutant doesn’t quite make it.

The Adjutant is introduced in a similar manner to the Banshee. Darkness, crashing sounds and a quite frankly terrifying trek through a refinery on Omega but where the Adjutant (and the rest of the Reaper enemies) fail is in follow through. The only enemy coming anywhere close to the Banshee are the Husks. They’re an enemy that’s been around since Mass Effect, and the making of the Husks is showcased early in the game. An unsuspecting (well) human is rammed on to a spike and starts the transformation that will turn it out into something less than human.

Even so, not even the horror of the Husks is as present as that of the Banshee. As I mentioned earlier, the Adjutant tries and it tries really hard, but despite some excellent hints around what the Adjutant is and how it transforms the people infected with it – not even with the horrifying experiments by Miranda Lawson’s father on Horizon of the Banshee.

I have a few theories, and they’re applicable as much to the Cannibals, Marauders, Brutes and Husks as they do to the Adjutants. 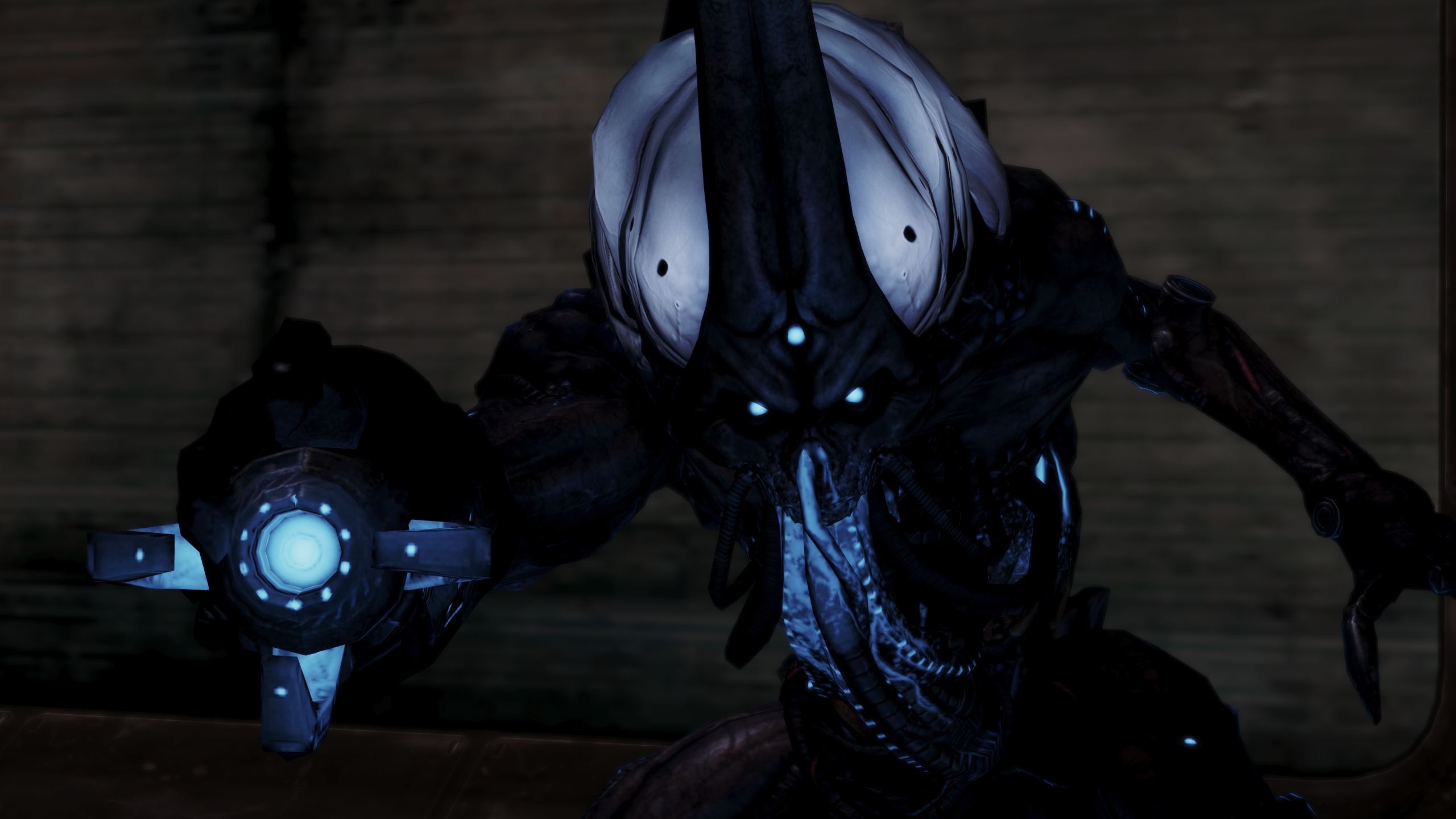 In Lessus, the mission is literally centered around the mystery and the introduction of the Banshee. Having that mystery and focus on a single enemy for at least 20 – 30 minutes allows the player time to reflect, to take in the horror of the situation and to ultimately understand what’s going on on Lessus.

The Adjutant is never given the same care as the Banshee, neither are the rest of the Reaper forces. They’re explained, but they’re not experienced.

In addition, the Banshees are experienced (just like the Broodmother) through the active transformation of an NPC. Samara’s daughter Rila is shown caught in the transformation to Banshee, and still able to fight it long enough to impart that horror to her sister Falere and mother Samara.

The Adjutant is never given the opportunity to display the same level of body horror and conversion as Rila gives voice to. We never get to see the permeability of the Adjutant’s victims. We never get to experience their anguish or horror at what it is they’re turning into.

In a way, I think it’s intentional. The Banshee and the Broodmother respectively target women as the victims. Women are already Other through the simple act of being women. It’s easier to create a tale of horror and disgust around women’s bodies, because we’re supposed to be the victims.

Showing the transformation of the Adjutant and the powerlessness that follows with such a transformation, would risk taking the agony from an assumed male player and make him vulnerable, actually make all men in the game vulnerable and potentially a victim of the Other.

I’m sure there are “rational” reasons why the Adjutant isn’t given the same opportunities as the Banshee, some of them are probably related to content creation and the like, but my feeling is 1that it is uncomfortable to establish that possibility of othering the male body through invasion.

This is equally true for any of the reaper forces. We won’t see a Krogan “weakened” into becoming a Brute. The farthest we’ve been taken along that road is the Dragon’s Teeth and the hapless scientist, captured and impaled.

Even then, the scientist is just that – a scientist. The choice of victims throughout is telling. Because most of them, on Omega, on Horizon, are civilians and scientists, not marines.

Even the confrontations with the Collectors at the end of Mass Effect 2 focus on the female victims of the Normandy crew, dr. Chakwas and Kelly chambers.

What the Adjutant could have lent itself to, but never did, was a deep horror experience, but it falls short, precisely because it could have been anyone struck by the virus and I think that is a thought that terrifies if it’s given too much prominence.

The Adjutant doesn’t – in the end – terrify. Nor does the Brute, the Marauder, the Cannibal or the Husks, precisely because the game won’t or can’t dig into the abject, the otherness of being invaded and having the sense of self dissolved in quite the same way as the Broodmother and the Banshee does.

I believe Mass Effect lost some opportunities to make the game truly horrifying through that conscious or unconscious decision.