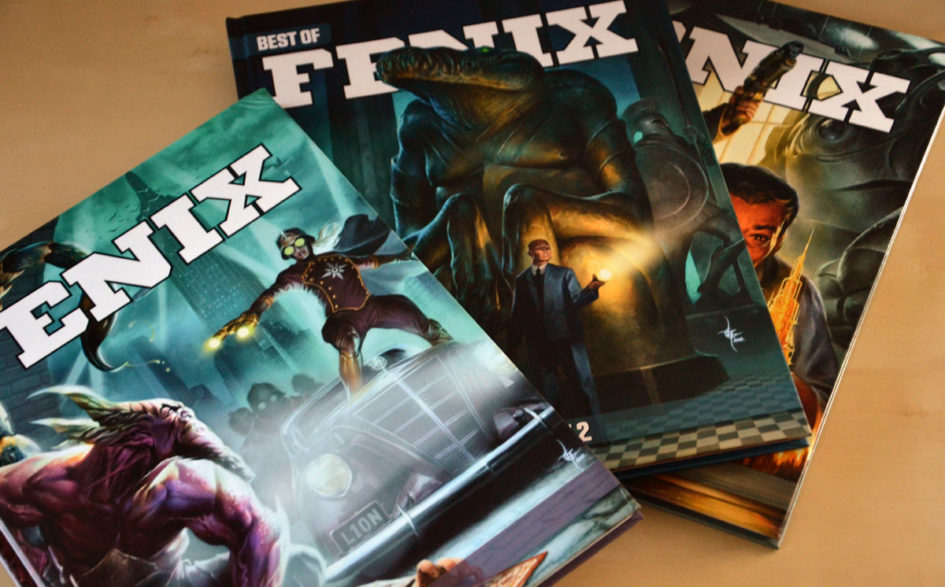 Just recently, my good friends Tove and Anders Gillbring sent Best of Fenix to the printers. Best of Fenix is a collection of articles and adventures previously published in Swedish in the gaming magazine Fenix.

I’ve been writing for Fenix for ten years now. It’s nice to be recognized by being included in two out of the three issues, and I’m really happy that they chose to include me in the books. They’re estimated to be available in a store near you some time in September – yes, very soon!

Contributions to the first issue:
Write Your Own Adventures – Fenix premier rpg reviewer and professional game designer Åsa Roos on how to write good scenarios, providing useful thoughts and tools for the ambitious game master in the process.

Contributions to the second issue (where my adventure is also featured with the cover):
Smiles of a Summer Night – A horror scenario by Åsa Roos, set in present day Stockholm, Sweden during the Summer. The Mediterranean Museum is launching a new exhibition, including a mislabeled artefact…

Golem – Åsa Roos on the legend of Golem and how it can be used in play.

More than Zombies – Åsa Roos on voodoo and how to incorporate it into your roleplaying campaign, and how to adjust it for different settings. The article includes two scenario seeds.

Buy them and read all about the stuff I get up to when I’m not reviewing games. Buy the third one as well, even if my stuff is not in it. Christoffer Krämer writes in it. And Johan Englund and Johan Salomonsson – all the best RPG writers Sweden has to offer. Also, if you intend to buy Western IV when it arrives, which I’m hoping you will be, I’m celebrating 10 years with Fenix in the next issue. I’ve written an article about pseudoscience and a full length adventure called “Engineer Hambly’s Machine” to commemorate the occasion. “Engineer Hambly’s Machine” takes place in Philadelphia, ten days before the Centennial Exhibition opens to the public on the 10th of May 1876. I’m thinking Tove and Anders got the better of me in that par­ticular discussion. Anyway. I’ve been productive lately. Now go buy stuff I’ve helped create. That, by the way, includes Western IV. I wrote all about diseases, horses and voodoo in that game. Don’t ask. If you want something that’s already been released, go get yourself Zonkompendium 2: I reptilfolkets spår, in which I’ve written Kvinnokollektivet, the women’s collective.

Oh, and also, on September 1:st, the game I’ve been working on for a few years, Mad Max, is released to the masses.