A Short Essay on Why You Should Read the Rat Queens 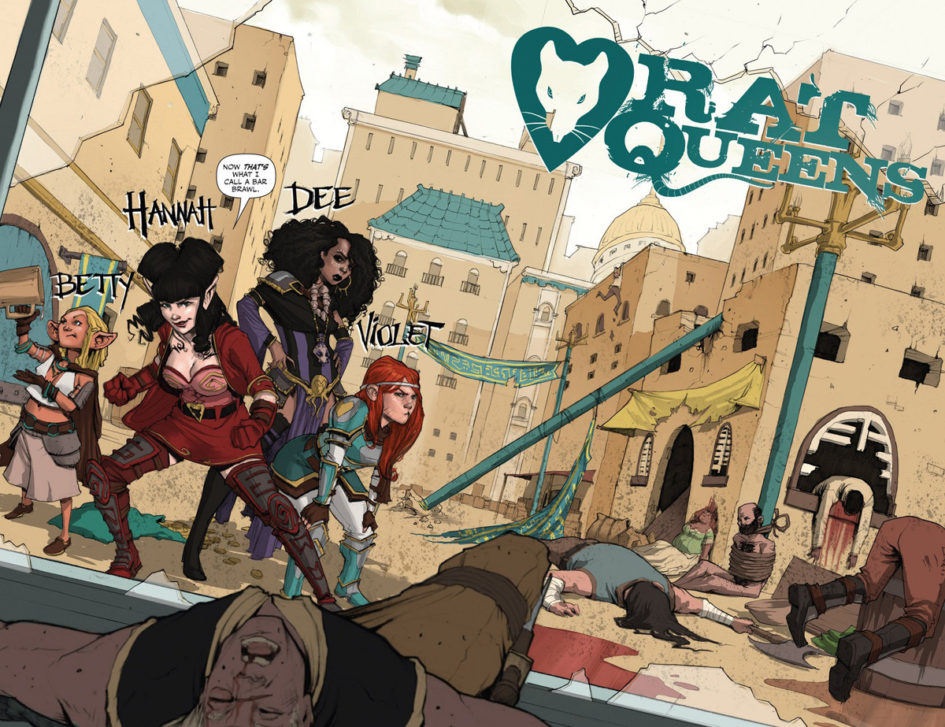 If you – like me – are a fan of role-playing games, shaving dwarves and impossible family relations, Rat Queens is for you. If you like relationships and feel for people who have screwed up theirs, this is for you.

If you’re looking for women to take center stage, Rat Queens is for you. If you love bad puns, breaking the fourth wall (or perhaps rather meta-breaking the fourth wall) and half-orcs charging into battle hollering about shooting their favourite breasts, giant squid gods, women making trouble, smart and cute as buttons thieves, kick ass visual storytelling and lots and lots of fighting, Rat Queens is for you.

EDIT: I’ve managed to miss out on the fact that the artist for Rat Queens has been arrested and as far as I know also convicted of battery against his then wife. He was taken off the comic for a while, but then other things happened. I’m not sure how to feel about it now…