The Lady of the Lake – D&D 5th Ed Encounter 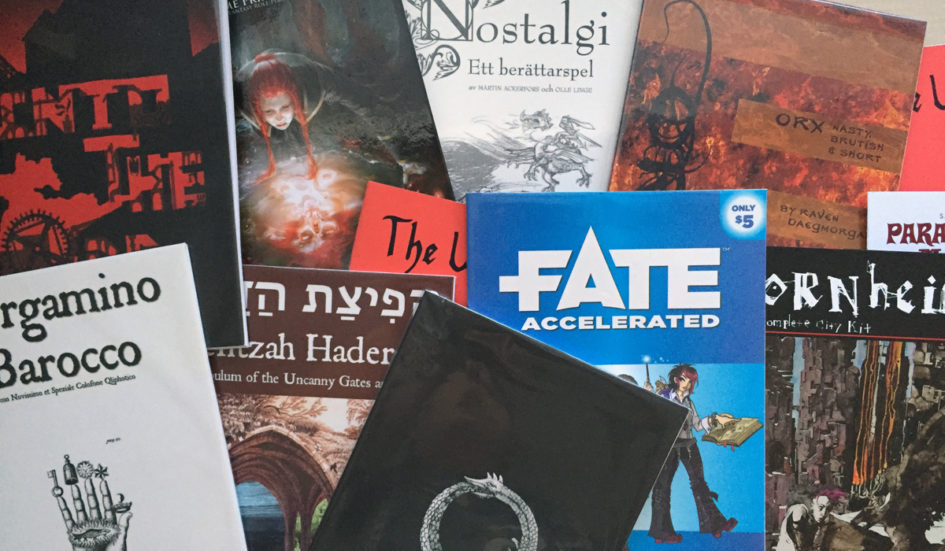 The characters arrive in a small village in the mountains. The village is for some reason full of warriors of different kinds. Everything from barbarians to paladins are camping in or nearby the village.

When arriving, the characters are treated to eye rolls and deep sighs by the villagers. “Not another bunch of adventurers…”

The entire village’s accommodations are either full or rented out. It is even difficult to find somewhere to eat and camp, because there are simply too many warriors gathered here.

What’s it all about?

A vengeful magical creature in the shape of an according to norms and ideals beautiful woman, dressed in functional but very shiny chain mail, has taken up residence in a nearby lake.

She has appeared twice now to hand out magical swords to supplicants coming from all over the world. The first sword, a bloodthirsty black blade, went to an albino that hastily left the village after receiving it, and the second went to a king who had issues reuniting the kingdom under his rule.

The rumours spread about the men receiving magical swords that solved their problems for them, and the warriors started to amass in the nearby village.

What the warriors (and characters) don’t know is that the Lady of the Lake – a very pissed off magical creature – is handing out cursed swords to any warrior that fulfils her requirement of being an arrogant asshole. The swords are truly magical. But they are also mansplainers, or as the case may be, swordsplainers.

The swords talk, or rather, they criticize, explain and complain incessantly. The Lady has had enough of ‘splainy men and has decided to avenge herself and other women by giving out these incredibly whiny swords.

The villagers are sorely taxed by the influx of warriors. They want help in getting rid of them, and preferably also that the Lady moves somewhere else to peddle her magical, cursed, and whiny swords.

Because the adventurers don’t seem to have arrived in the area because of the Lady and her whiny swords, the alderman – a woman named Betsy Thorn – asks the adventurers if they could possible imagine going to the lake to talk the Lady into giving up her quest, or at least stop handing out cursed, whiny swords to warriors on the prowl for them.

A reward in the form of a complete restock of tools, food, and adventure gear is all the little village can afford to grant the adventuring party, but they will also receive a good reputation and a good standing among the villagers. The adventurers will always be welcome here.

The warriors who have gathered in the village have all come to take part in the chase after magical weapons. The two swords so far handed out by the Lady are both impressive and valuable.

None of the warriors seem to know that they are also cursed swords.

Most of the warriors are unwilling to leave. They believe they may be next in line for a gift from the Lady of the Lake.

The Lady of the Lake

The Lady of the Lake is a very tired magical creature. She’s had enough of mansplainy men, and she wants revenge on all the arrogant asshats who insists that she owes them a sword.

Approaching the Lady with humility makes her less likely to hand over a magical (cursed!) sword. Only truly narcissistic douchebags receive her gifts which is why both the sickly albino and the king got a sword each. Her next victim is a barbarian with a phobia against magic. He’s been by the lake twice and each time he has insulted her,c allied her a witch and murmured something about driving his enemies before him. Despite him being terrified of magic, she suspects he and his demands will be back. She spits out “he thinks he’s ENTITLED to a sword! Can you believe it?! After calling me a sorceress whore! The arrogance!”.

The Lady exits the lake in the most dramatic way possible when people come to visit. Sword first, glinting in a god ray of sun, and then the Lady herself in chain mail. She walks across the surface of the lake until she reaches the shore, always in a ray of sunlight or moonlight.

Talking to the Lady of the Lake can definitely reveal that she’s just endlessly tired of mansplainy men, and she wants revenge for never being heard. Listening to her is the best way to get her to uproot her activities. She’ll find another lake to set up shop, but she really wants that barbarian to accept a sword from her. She’s out for revenge and his mansplainy, terrified attitude made her really angry.

Thus she can be convinced to leave the lake, should the barbarian return to accept the sword. The sword in itself is a beautiful piece of workmanship that can probably cleave a man from head to groin if powered by adequate muscles (which the barbarian possesses together with an arrogance massive enough to move mountains). The sword however also complains when it gets bloody or dirty, gives out “helpful” advice and annoying tips about stance and grip, pretty much disdains any other type of sword than broadswords (calls them betas) and it is very jealous and controlling. Being stuck with a sword like that would eventually drive a man crazy.

Should the characters manage to convince the Lady of the Lake of the superior idea to leave the village and let the villagers return to a peaceful life, she leaves a few trinkets and weapons behind.

Exactly what is up to the GM, but all of them have some annoying quirk such as a blade that says “ow” every time it is used to hit someone or a bow with arrow abandonment issues trying to convince the wielded that really, you have to get the arrows after a fight because new arrows are just not the same. It also weeps pitifully every time an arrow is lost or broken, so pretty much all the time.

The Lady leaves once the barbarian has settled in with the sword and attuned to it. The two can be seen arguing on an open field while obviously practicing new sword stances. The sword does not approve.

In the end the villagers are happy, the Lady of the Lake continues to be disgruntled about entitled warriors and the warriors that had gathered in the village finds something else to do.

Rumours about the albino, the king and the barbarian spread across the world, and soon enough a rumour of an enchanted lake far away from any known settlements start to spread. A pale faced male Drow is said to have claimed a weapon from the enchanted lake and many try to find this place to claim their entitlements. Only the most arrogant and mansplainy of men ever succeed, and their success is short lived.

The albino faces off with his bloodthirsty sword complaining that the sword constantly complains. The king loses his wife to one of his knights and is seen tossing the sword into a lake from where it promptly returns. The barbarian is almost decapitated while arguing with his sword whether the proper stance is ten centimetres to the left or not. The pale male Drow is seen being yelled at by several women, telling him to butt out.