This is the keynote talk that I gave at EduPlayChallenge in Umeå a few days ago. Jan asked me to share, so I’m sharing. I’ve also put it on Slideshare. Feel free to use it.

Immersion and Flow – Step into the Magic Circle 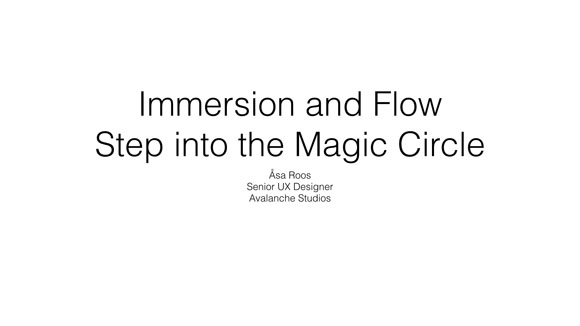 My name is Åsa Roos, I’ve been a game developer for about 14 years. This talk is both a personal reflection an an effort to explain why games are important and useful for delivering experiences. 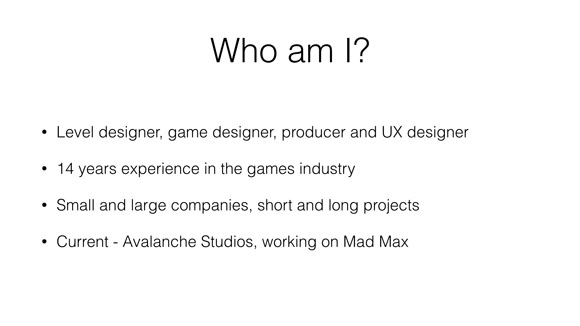 So why am I here talking to you? I’ve been in the games industry for 14 years. I’ve worked as a level designer, copywriter, game designer and producer. Right now my title is senior UX Designer at Avalanche. During my time in the industry I’ve worked on basically everything, from small mobile projects to large triple-A projects. 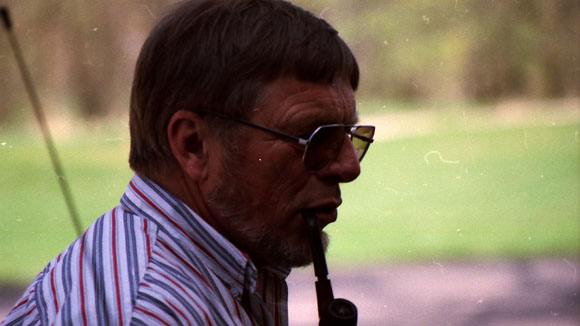 My father taught me how to use a gun. Sometimes when we were at sea, he would let me take the rudder and steer the boat. Through his actions he showed me that I had no limits.

In July 2012 he passed away and my grief knew no bounds. Ten days later, his brother, my uncle died. These deaths, tragic losses both, sent me spiralling down into a deep depression, dark enough that I didn’t want to continue living. In that darkness I considered my own life, and the people that would be affected just like my father’s brother. My father and his brother were connected so strongly that my uncle gave up the fight the minute my father died. I didn’t want to put anyone through that. I had to survive. So I played. 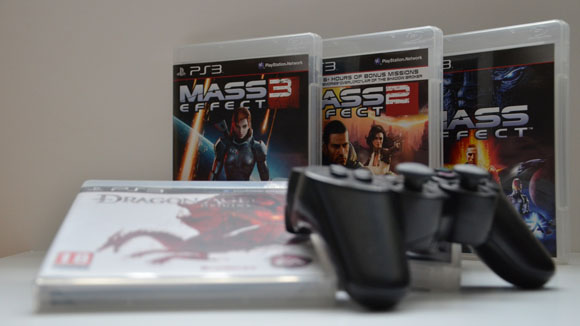 In the soul sucking emptiness of grief, I turned to games – the same way I had many other difficult times. I needed support and comfort. Games would provide that. The lack of control I felt in real life, I countered by assuming control of a fictional world.

This is one facet of my life where games have provided a scaffold and an escape.

This story is just a small part of what games have meant to me. But what is it about games that fascinate so? 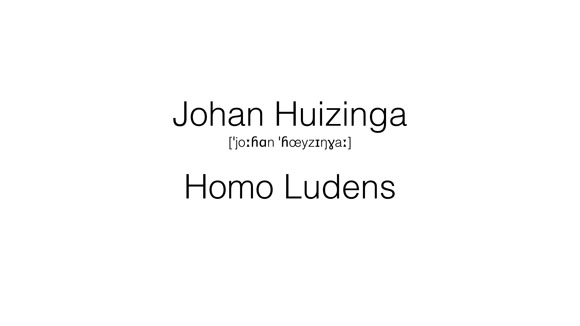 In the thirties, Johan Huizinga wrote a book called Homo Ludens, the Playing Man. In it he tried to figure out what it is about play that is so persistent. He reasoned that it is not a part of culture, although it is certainly influenced by it, but it goes deeper than that.
Play is something we do for fun. Play is something animals do for fun. 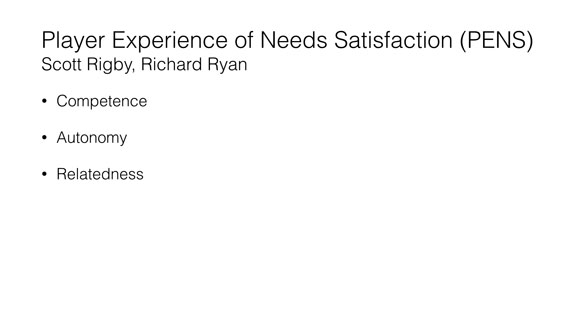 So why do we do it? Within game development there’s a theory called PENS – Player Experience of Needs Satisfaction. This is outlined in the book Glued to Games, by Scott Rigby and Richard Ryan. This theory states that if we peg three specific needs in players, we have an addictive and hopefully good game, a game that will fascinate the player. Those three needs are Competence, Autonomy and Relatedness 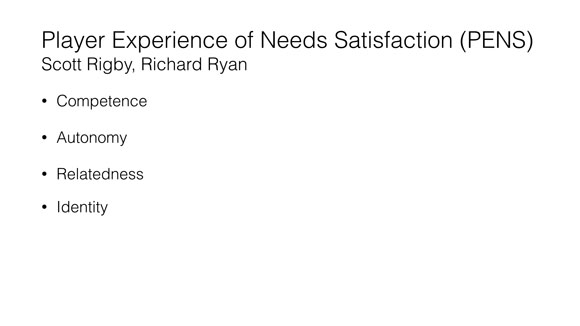 I would, as I have a tendency to do, add a fourth facet to this trio, which is identification. But let’s start by going through these three needs. 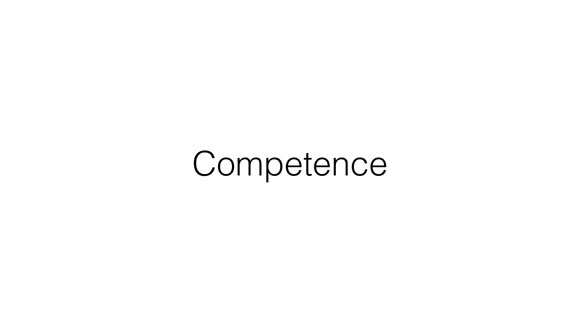 Competence is something defined by the authors of the study as the Intrinsic need to feel effective in what we’re doing.
Feeling effective rewards us by giving us energy and motivating further actions. 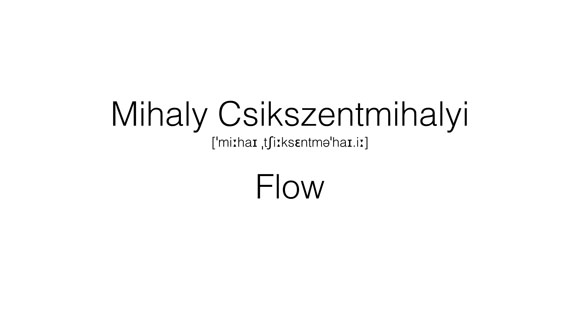 This feeling of effectiveness is a part of what Mihaly Csikszentmihalyi calls flow. The feeling that we’re on the edge of our capability and still challenging ourselves. Csikszentmihalyi defines flow as a mix of nine component states:
Challenge – skill balance
Merging of action and awareness
Immediate and unambiguous feedback
Concentration on the task at hand
Paradox of Control
Transformation of Time
Loss of self-consciousness and
Autotelic Experience 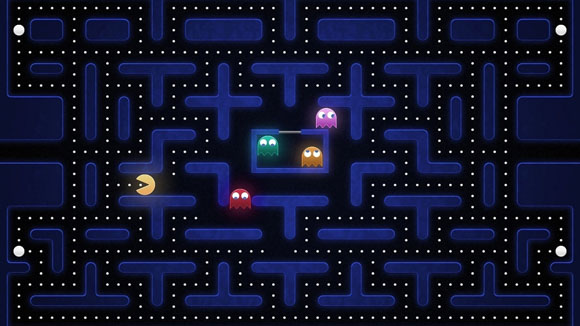 To achieve flow, a balance must be struck between the challenge of the task and the skill of the performer. If the task is to easy or too difficult, flow cannot occur. Both skill level and challenge level must be high. This state of flow is most certainly a part of the experience of competence, and most games are masterful at creating a sense of flow in the player. 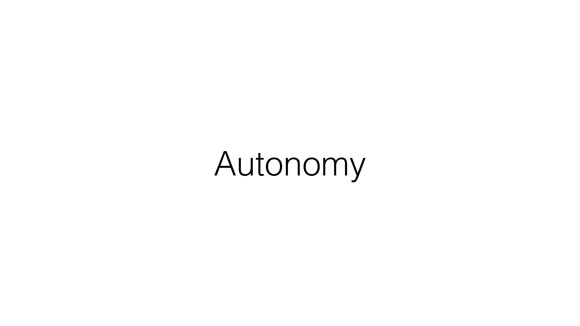 The second need, autonomy, is the experience of choice in one’s decisions and actions. In activities in which we feel we have the freedom to choose and create the experiences we want for ourselves, we are more likely to be energised and motivated to engage in those activities.
It’s fairly self explanatory. If we want to do something, if we have an inner motivation to do it, we are more likely to follow through. 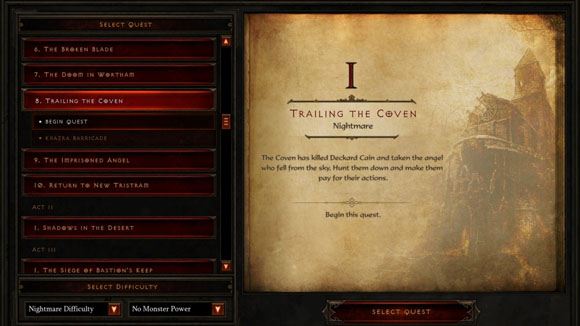 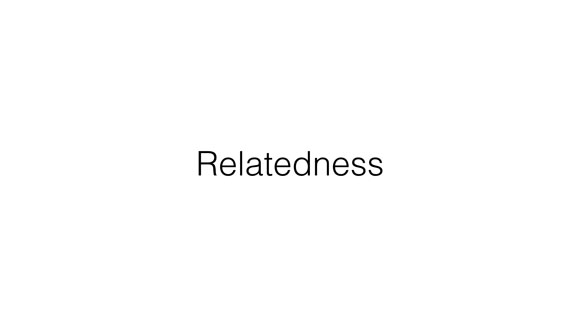 Relatedness is the third of Rigby and Ryan’s player needs. Relatedness is defined as the intrinsic desire to connect with others.
Basically, it’s building relationships in games. 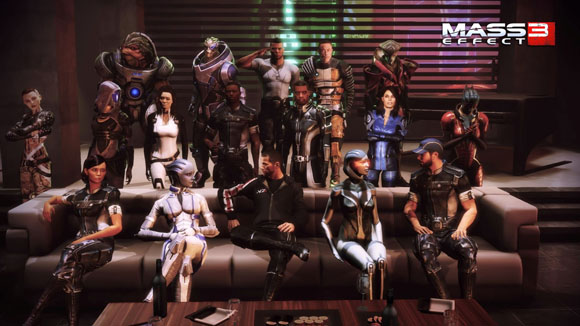 Most often this, in the game world, means multiplayer, several players coming together to form a team or a guild to play together. But relatedness also extends to the characters in the game. The earliest example of making players cry over a character in a game is in Planetfall, published 1983, where in Floyd the Robot caused distress and emotions in players. More recent games include Mass Effect and Dragon Age where many players report having crushes on the characters in the game. 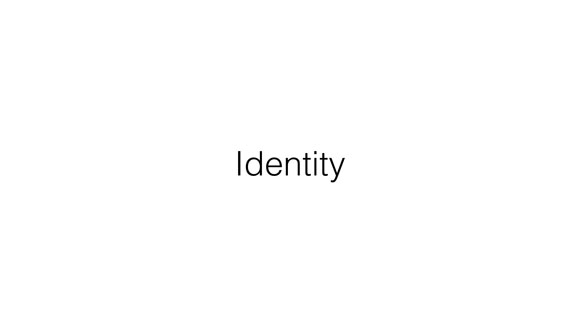 My own contribution to this theory is identity. This is mostly valid for games where there is a personal component, a representation of the player character or non player character in some way. 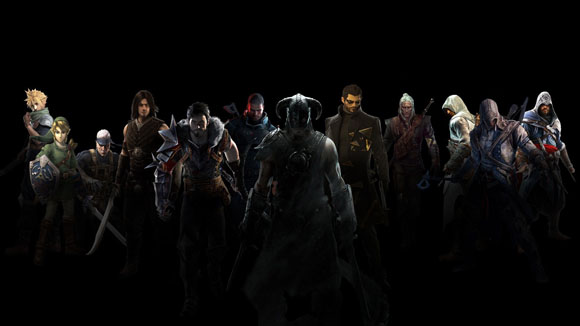 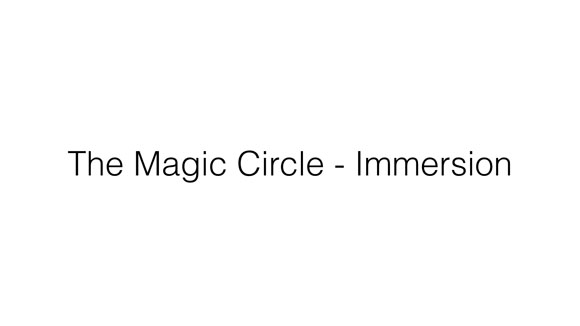 There’s another part of games that Huizinga expanded quite a bit on in his book Homo Ludens. The magic circle. Stepping into games, we temporarily let go of the rules governing the real world, instead, we obey the rules of the play. If we do it well, if we agree to play, we become immersed in the games we play. 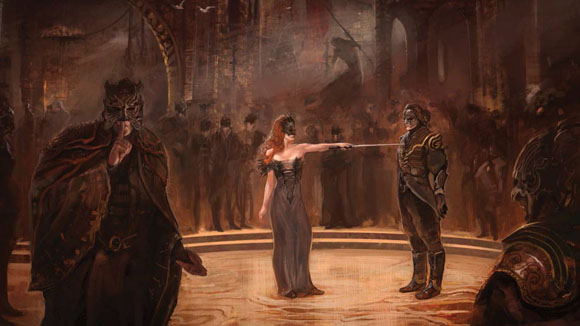 Another aspect of the magic circle is safety. If we are a part of a game, we are safe, because what comes out during play is not a part of our every day life. We may be influenced by it, but we are not responsible for it. Play is a safe space, where the rules are different to our everyday existence. 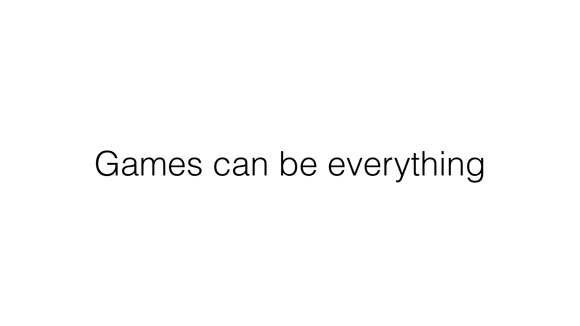 Let’s agree however, you and I, that games don’t always have to be lighthearted and of no consequence. Games can also be serious and provide experiences that may even be emotionally painful. 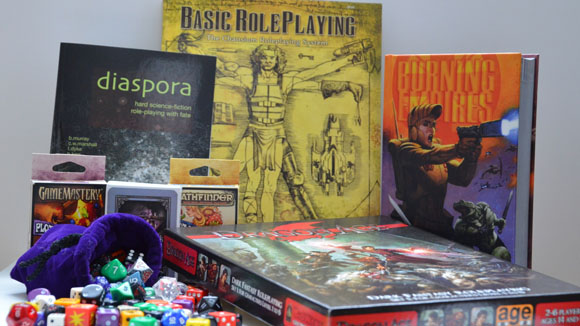 One of my strongest gaming experiences happened somewhere around 1995 – 96. I played an investigative reporter in Thailand, there to find out more about a child pornography and prostitution ring. I’ve never felt so powerless or cried so hard from ”just a game” before or since. 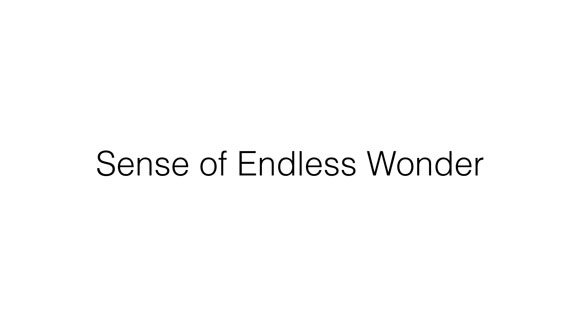 Games and play can teach us about ourselves and about the world. It’s one of the strongest tools we have to promote empathy
Games are escapism, games are reflections of culture and reality. In their best moments, games allow us a sense of endless wonder.

Thank you for listening

Of course I expanded a bit more on each slide, but this was the gist of it.