Grubby Gaming Culture is killing us 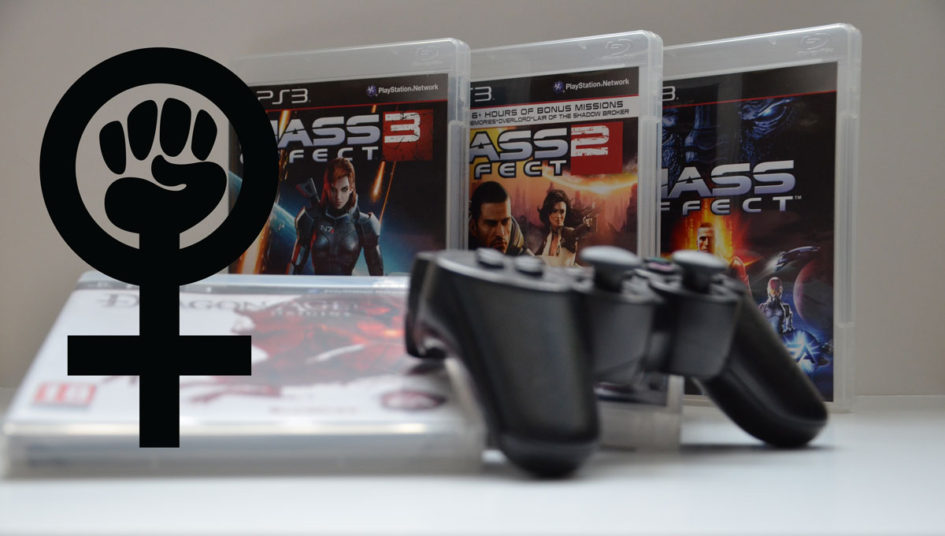 And here’s why. I’m sure by now you know about the absolute mess that is GamerGate. Preceded by those wobbly weeks in August when Zoe Quinn was accused of sleeping with people to get better reviews by an angry ex-boyfriend who couldn’t take no for an answer. Accusations that were refuted both by Quinn, by the journalists in question and by the publications they work for. That didn’t really help. The angry mob would come to more or less define gaming culture, because hey, by the time things may have started to calm down (albeit not for Quinn), another video in the Feminist Frequency series was released. Cue resurgence of angry mob.

I’m a bit vague about the exact timeline, but it was around this point that an actor I previously respected blurted out the GamerGate hashtag and an ugly, depressing and frightening train of harassment started up. People were driven out of their homes. They had to cancel appearances because of threats. One person ended up having his photo manipulated to show him as a terrorist. The photo was spread to more than one country. All of this, why?

Because 1. marginalized groups within gaming had the audacity to make games 2. they criticized games from a diversity and equality perspective. That’s it. There’s no way this had anything to do with “ethics in games journalism”. If it did, the targets wouldn’t have been small studios, indie developers and journalists with very little power in the industry. If it was about ethics, Leigh Alexanders list of ethical concerns in the industry would have been an exploding bomb, but instead it was met with a meh.

(…)we can also see “Gamergater” as a gendered identity, tied to the popular perception of a gamer as a socially inept young White male. This stereotype’s inaccuracy generates many of #Gamergate’s defining anxieties. When tracking #Gamergate discussions across social media platforms, we see Gamergaters on a crusade to save an innocuous male pastime from killjoy critics. Pejoratively referred to as social justice warriors (SJWs), Gamergaters discipline and discredit these critics as the wrong kind of women, who need to be put back in their place. Gamergaters situate themselves as the “real” victims, oppressed by calls for diversity and at risk of losing “their” games to more inclusive ones. Thus, #Gamergate is about more than games: as a set of anxieties, rhetorical strategies, and targeted hate campaigns, #Gamergate is an articulation of technology, privilege, and power.
– Andrea Braithwaite, “It’s About Ethics in Games Journalism: Gamergaters and Geek Masculinity”

Two days ago, an article by Ethan Ralph at The Ralph Retort ignited yet another crusade against yet another woman in game development.

This time, the accusation is that Allie Rose-Marie Leost got her position at EA (a position, might I add, that she no longer holds. I’m not sure of the ins and outs here, but EA has a lot of contracted employees) through sexual favors*, because of course thats the only way a beautiful woman can land a job in the industry. Ralph doesn’t say it outright, but theres a heck of a lot of innuendo going on.

This “article”, and I use the term loosely, gave rise to a storm of harassment against Leost, not only on her twitter account, but on several other social media platforms.

There are a few ways to handle being disappointed in the animations of a game. You can 1. Provide useful feedback that will hopefully improve the next game in the series or perhaps even the current game through a patch. 2. Get all emotional and blame individuals for ruining the games industry 3. Shut up and not play if it displeases you. 4. Imply that the only way a good looking woman could possibly get a job in the industry is by sleeping her way into it.

Number one on that list require by far the most effort. You’d have to have played the game to do it. Not only that, you had to have played, analyzed and made your thoughts about the analysis coherent.

I suppose 2-4 are easier, and 2 and 4 also provide a handy target. Someone to blame it all on. It also helps an agenda which is to get rid of all those pesky women who are ruining gaming.

For someone who criticises a person for a lack of experience in the gaming industry, Ralph seems to have a hard time understanding how game development works**. There may be up to ten or twenty developers working in just one area of the game. Development is a team effort. Even if I’m the only UX designer at BioWare in Edmonton, on my team there are still seven other people plus change (meaning we have people from other teams pitching in now and then) helping me out. We work very closely with all the other teams on the project, and none of the stuff I do is stand alone, none of it. As a Lead you won’t get as much hands on time as you may want, because hey! Lead actually means to lead.

However, realizing these things and actually thinking about them would have deprived the harassment train on social media of a new victim, I suppose. And we all know that game developers, those lazy sods who on occasion work 60-70 hour weeks just to bring you another installment in a game series you love but won’t pay for***, all need a little bit more “motivation” to go to work or engage with fans, because what we all need is harassment when we’re available to people.

I hope that Allie Rose-Marie Leost is okay and that she has friends who can help her ride out vile vitriol she’s been subjected to during the weekend.

I also wish gaming culture wasn’t such complete shit towards marginalized groups and that we could go at least a month without YouTubers openly declaring their right wing-extremist sympathies, joking in poor taste or for that matter getting harassed for not providing a perfect score for your favorite fame.

A game is not life and death. A game is a piece of entertainment. Important entertainment, yes. Sometimes a life saver. But not something to get so upset about that it demands rape or death threats. Not so important that every woman who has an opinion on games run the risk of being harassed out of the culture, or out of their job. Not so important that a developer – one developer out of a team of hundreds – can or should be held accountable for weak points in the game.

And honestly, it doesn’t really matter if the game doesn’t live up to expectations. The singling out and harassing of one former EA employee among hundreds Just so you can… what? Feel powerful? Feel good about yourselves? Deny yet another woman access to social media through a virtual onslaught?

I’m assuming the goal is to make us all quit. Because hey, gaming would be a better place without all those pesky women, wouldn’t it? I’m writing this in the middle of the night. The reason I’m up writing in the middle of the night is because I’m worried. I’m worried that the loud mouthed Spectre that has been overshadowing us all since August 2014 will continue to overshadow, continue to lead to outbreaks of violent harassment of marginalized groups within gaming, and I’m not sure I can justify remaining in an industry and a culture that treats me or my colleagues this way.

I appreciate Aaryn Flynn giving a statement with regards to the attacks.

“Attacking individuals, regardless of their involvement in the project, is never acceptable”

I only wish that people would listen. I wish that I, as a woman working within game development could go to work and do my job without worrying about an internet mob coming after me because I said or did something they didn’t like. I wish I could enjoy or criticize games – and write about it – without an angry mob breaking down my virtual doors.

As it stands, fear is a constant companion. Fear that someone, somewhere will single me out and send the pitchfork-equipped angry mob after me. For the daring of being a woman who works in game development, with games. For being someone who cares about diversity and equality in the industry. For someone who is an avid gamer despite “being a girl.”

I’m a woman in a rowboat, rowing against the stream, while male colleagues chug along with outboard engines. Heck, some of them have motorboats. Some of them are on yachts. I row as hard as I can. But sometimes there are rocks and traps in the water. Sometimes there are sharks.

I suppose the idea is to make it so hard to row that we give up, get to shore and leave the boat behind.

I don’t know what purpose it would serve, apart from depriving the industry of diversity and creativity. A diverse and equal team will always have the upper hand. A diverse and equal culture is a thinking culture. I sincerely hope that’s the direction we’re headed because I’m starting to get really sick of how GamerGate can be enticed to go after people who deviate from the norm.
_________________
Footnotes
* “Oh, I bet she’s very experienced indeed. I have an idea how she landed this gig.”

** “How did the facial animations end up so ass, though? Well, maybe it has something to do with the fact that an inexperienced cosplayer was chosen to be the “Lead Facial Animator” on this project. While so does have some background in art, there’s zilch on her résumé when it comes to, ya know, making video games.”

*** “The first two are a couple of my favorite games ever, and I liked the third one as well(…) I kinda wanna play it now just to laugh my ass off. I’m not paying for it, though, so we’ll see if it gets pirated anytime soon.”