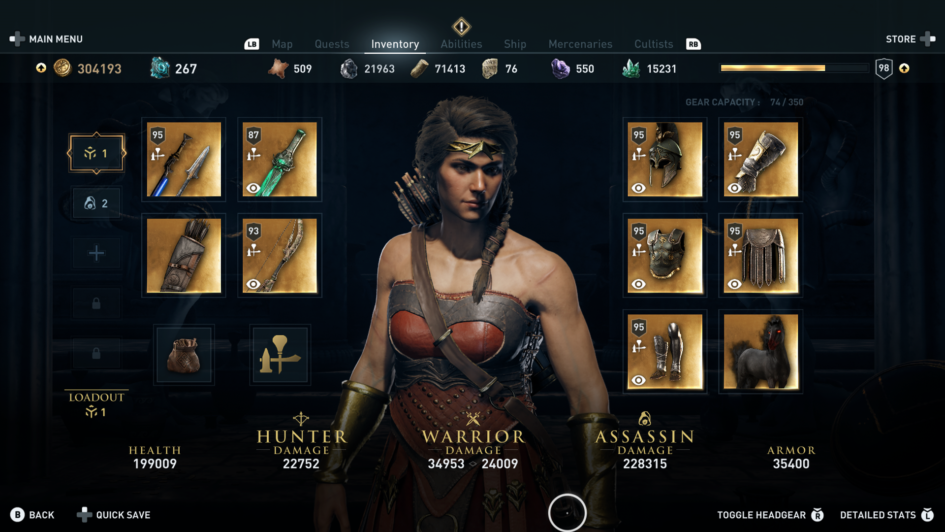 This post is more about putting thoughts on paper than a finished hypothesis. It has to do with the (potential) conflict between identification with the avatar and the limited selection of said avatars, primarily because most of them are written and designed by white, heterosexual cis-men.

I’m pretty sure there are people out there who sink into Kratos to feel competent, to feel independence and to experience mastery through him.

I’m also fairly certain that there are quite a few men that feel good about his muscular physique, the way he carries himself and how he behaves.

As a character, Kratos has a personality and an identity. This bleeds through in everything from how Kratos paints his skin to how he handles an axe1 and how he speaks to his son2.

In all this, the player doesn’t have much choice. They either sympathize with Kratos or they don’t. They go along for the ride. If they enjoy how Kratos behaves or if they feel sympathetic towards him and his inability to express feelings, God of War 4 is probably a good game.

As always, there’s a reason why I chose Kratos specifically, and that is that I absolutely, under no circumstances can stand him. I am about as unable to identify with Kratos as I am unable to fly.

At the same time, I know that there are many who absolutely adore Kratos, and in particular his development throughout GoW4.

I can also identify with a player character through less physical means, such as attitude, tone of voice, principles, maturity, judgment, and so on. Character development on the less physical plane is often incorporated in this.

For me, identifying with a player character is both physical and mental. I can’t, for instance, play Bayonetta and feel comfortable playing her. Bayonetta is less aggravating than Kratos, but her exaggerated sexualization and her voice drives me insane. I can’t stand her.

What I’m trying to say is that gender identity is important but it isn’t the only aspect I need to click for me.

Looking at a character like Eivor from Assassin’s Creed Valhalla, I also need the character I’m playing to be at least somewhat consistent. Eivor is not, which is why she’s bit a very good character for me.

That said, there are male characters that I can stand playing. Zagreus of Hades is such a character, as is Galahad of The Order 1886 and Bayek from Assassin’s Creed Origins. Even though they are not my favourite characters to play – that would be Kassandra of Assassin’s Creed Odyssey or Aloy of Horizon Zero Dawn. Their attitudes are – dare I say it – soft enough and also emotional enough that I can understand them Zagreus is obviously emotional and also respecful towards people. Galahad of The Order 1886 has a soft heart and a wry sense of humour and Bayek is gregarious despite his massive grief that shadows him wherever he goes.

I think the main aspect of what I’m looking for is multifaceted. Many sides to the person you play. Someone who doesn’t feel like a two dimensional vessel, but a full bodied individual with hopes, fears, loves and emotional depth. Most men in games lack this, probably because the ideal man in society is not supposed to have emotions or feel things. The ideal man really is a cardboard cutout, and I can barely imagine how limiting that must be. I sure as heck have no desire to step into those shoes, even in a game.